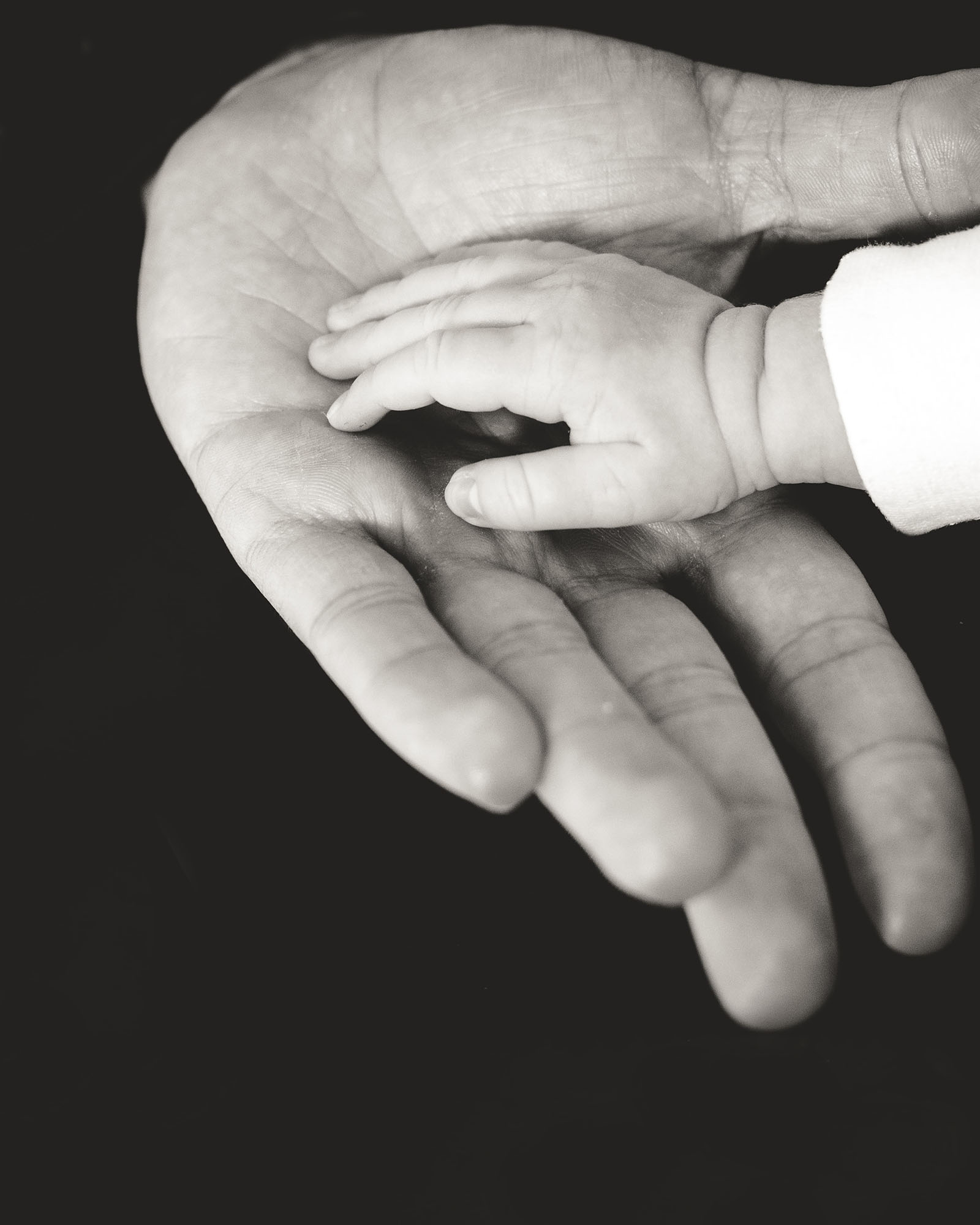 DEAR PARENTS
we write concerning an urgent matter.
which the Lord Jesus addressed with vivid and graphic language.

We read in the first Gospel:

At that time the disciples came to Jesus, saying, “Who then is greatest in the kingdom of heaven?” And He called a child to Himself and set him before them, and said, “Truly I say to you, unless you are converted and become like children, you shall not enter the kingdom of heaven. Whoever then humbles himself as this child, he is the greatest in the kingdom of heaven. And whoever receives one such child in My name receives Me; but whoever causes one of these little ones who believe in Me to stumble, it is better for him that a heavy millstone be hung around his neck, and that he be drowned in the depth of the sea.” (Matthew 18:1-6)

We write because those who would cause Christ’s little ones to stumble are in our midst. They are child sexual abusers, and they are active in our homes and in the ministries of our churches.

"We write because those who would cause Christ’s little ones to stumble are in our midst. They are child sexual abusers, and they are active."

During the summer of 2017, Merin’s sister Sherin attended the Galilee Program. She told us that Merin had written an account of what happened to her and had published it on June 14, 2017, on the Come Awake blog. She titled it “From Brokenness to Healing.” In the few weeks since its posting, Merin had received 20 written responses from others—mostly women, but some men—who had also been abused as children. The perpetrators were most often family members or acquaintances. Some perpetrators were known to their families through their church and included elders and traveling evangelists. The two sisters knew most of those who wrote Merin.

Concerned that children were not being adequately protected, we—Merin Minch, Sherin Thomas, Jim McCarthy, Steve Price, and Brady Collier—launched ProtectHisSheep.com in May of 2018. There we published an open letter to elders of churches across the U.S. and Canada, informing them of our concerns and offering resources to help safeguard children. We did this together with Merin and Sherin; Rebekah Musgrove, a professional editor; Grayson Price, a professional website designer; and others. The letter was endorsed by seven teachers known among the churches: Nate Bramsen, Scott DeGroff, Ron Hampton, Mark Kolchin, Jerry Maniate, Viji Roberts, and Alexander Strauch. These men were already fully aware that sexual abuse is a problem in the Church today. You can read what they wrote in response to the open letter to elders at ProtectHisSheep.com.

By early 2019, the number of sexual assault survivors who responded to Merin’s blog article had risen to 40. These responders represent only a fraction of those in our churches who have been abused as children. How widespread is the problem? One elder told us that 20% of the adults in the church he shepherds were sexually abused as children. This number is consistent with surveys by the U.S. Center for Disease Control and Prevention.

According to the National Sex Offender Public Website (a partnership between the U.S. Department of Justice and state governments):

1 in 4 girls and 1 in 6 boys are sexually abused before the age of 18. Approximately 1.8 million adolescents in the United States have been the victims of sexual assault.

69% of the teen sexual assaults reported to law enforcement occurred in the residence of the victim, the offender, or another associate.

An estimated 60% of perpetrators of sexual abuse are known to the child, but are not family members (e.g., family friends, babysitters, child care providers, neighbors).

About 30% of perpetrators of child sexual abuse are family members.

Only 10% of perpetrators of child sexual abuse are strangers to the child.

Not all perpetrators are adults—an estimated 23% of reported cases of child sexual abuse are perpetrated by individuals under the age of 18.

The situation in Canada is similar:

In 85% of the cases of child sexual abuse, the perpetrator was someone the child knew.

In 3 out of 10 cases, the offender was a family member.

Non-sexual physical child abuse is also a worldwide problem. Each year, almost 100,000 children and adolescents under the age of 20 are murdered.

But we’re different, are we not? Bible-believing Christians who preach the gospel and exalt God’s name couldn’t have sexual abusers among them, could they? Jesus warned us of wolves in “sheep’s clothing” (Matthew 7:15), and some from among us have been charged and sentenced to lengthy prison terms. Among them is a former elder who is now serving a 10-year prison term. Many others should be in prison, but are not, because abused children are too afraid to tell their parents what happened, adults don’t believe children when they are told, parents keep the matter secret to avoid further trauma, or elders decide to deal with the matter in-house to avoid public scandal. This leads to additional children being abused by serial perpetrators.

Such has been the case in three Christian movements: independent fundamentalist Baptists, New Tribes Mission, and the Southern Baptist Convention. Consider the following three reports (two articles and one video clip):

Abuse strikes a devastating blow to a child’s heart, mind, and soul. The effects are far-reaching. A British study found that children who have been sexually abused are three times more likely to attempt suicide. Feeling betrayed by adults they had trusted, and even the Lord Himself, some children and adolescents turn away from God to a life of despair and drug addiction. Could anything be sadder?

Will you educate yourself in order to better safeguard your children from abuse? Will you rise up with us to work toward changes in our families and churches so that children might be protected? Will you take a stand with us against those who have abused children? Will you help get the message out by circulating this letter among parents and telling them about ProtectHisSheep.com?

If so, please review the next section titled “12 Questions That Every Parent Should Ask”, and study the resources provided below (and throughout this website) to equip parents to protect their children and the children of their churches and community. Finally, bring this matter regularly before the Throne of Grace, asking the Lord to remove child abuse in all its forms from our families and churches.

Familiarize yourself with these resources selected by our team of editors to help you train your children to be informed and strong.
Read Article

Learn all that you can about child abuse.

November 9, 2019
Learn how the Canadian Red Cross instructs their trainees on how to identify varying forms of physical, emotional, and/or sexual abuse.
Read Article

Empower your children to resist and rebuff sexual predators

November 9, 2019
Read NSOPW's advice on talking to your children and teenagers about sexual health, safety, and abuse.
Read Article

Guard your children against exposure to pornography

November 11, 2019
Daniel P. Huerta, a licensed clinical social worker and Vice President of Parenting and Youth at Focus on the Family writes on Kids and Pornography.
Read Article

Learn the warning signs that a child is being abused

Check if the name of a suspicious person is on the U.S. Dru Sjodin National Sex Offender Public Website (NSOPW)

November 11, 2019
The NSOPW is an unprecedented public safety resource that provides the public with access to sex offender data nationwide. It is a partnership between the U.S. Department of Justice and state, territorial, and tribal governments, working together for the safety of adults and children. This registry is named in honor of 22-year-old college student Dru […]
Read Article

November 11, 2019
The United States The U.S. Child Welfare Information Gateway connects child welfare and related professionals to resources to help protect children and strengthen families. It can help you understand your responsibilities under the law of your state. If you know of a child being abused, report the matter directly to a local or state law […]
Read Article

Realize that most children do not tell their parents that someone has sexually assaulted them. For this reason, parents must speak to their children about it

November 11, 2019
According to a child abuse prevention campaign in the United Kingdom and Ireland called Stop It Now!: There are many understandable reasons why a child victim of sexual abuse is not likely to tell anyone about their abuse. Often, the abusive adult will convince the child that they won’t be believed or that they are […]
Read Article

Do you know what to do if a child tells you he or she has been sexually abused?

November 11, 2019
The Stop It Now! campaign advises: A. Stay steady The child will look to you for cues that they will be okay. Unquestionably, sexual abuse can change a child’s view of the world. Yet, regardless of how devastated you are, they need to believe that they will be alright, that they are not “damaged goods.” […]
Read Article

Help make your church a safer place for children.

November 11, 2019
We would like to think that “church people” and Christian ministries are among the safest people and places for children, but this is not true. One convicted child abuser said: If ministries of your church do not currently have safeguards in place to protect children from abuse, speak to the leadership and encourage them to […]
Read Article

Does this really happen?

March 28, 2020
“That does not happen here” was my first response when I was explained the problem in 2015. While conducting the Galilee program five years ago, one of the interns tearfully poured out her heart concerning her sexual assault when 11 years old. What was more startling was that the perpetrator was a person in fellowship […]