Guard your children against exposure to pornography 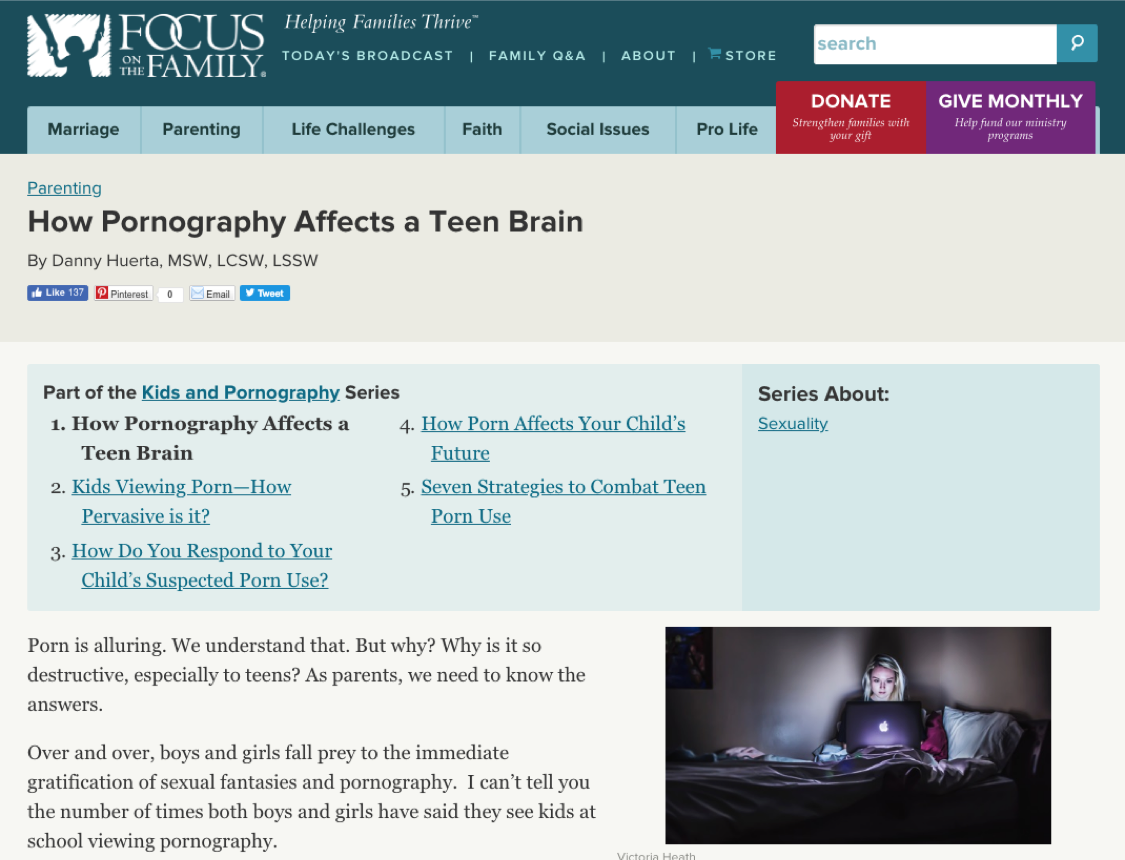 Daniel P. Huerta, a licensed clinical social worker and Vice President of Parenting and Youth at Focus on the Family, writes:

That data tracks with what I see in my private practice. Many kids addicted to pornography were initially exposed to it through a friend, lingerie and swimwear ads, sexting, chat rooms, fantasy novels or an accidental online click. Then the draw becomes powerful and they secretly and intentionally seek out more images and/or experiences. To them, it’s worth the shame and guilt they initially experience.

Focus on the Family—Kids and Pornography

This is a series by Focus on the Family:

1. How Pornography Affects a Teen Brain