Learn all that you can about child abuse. 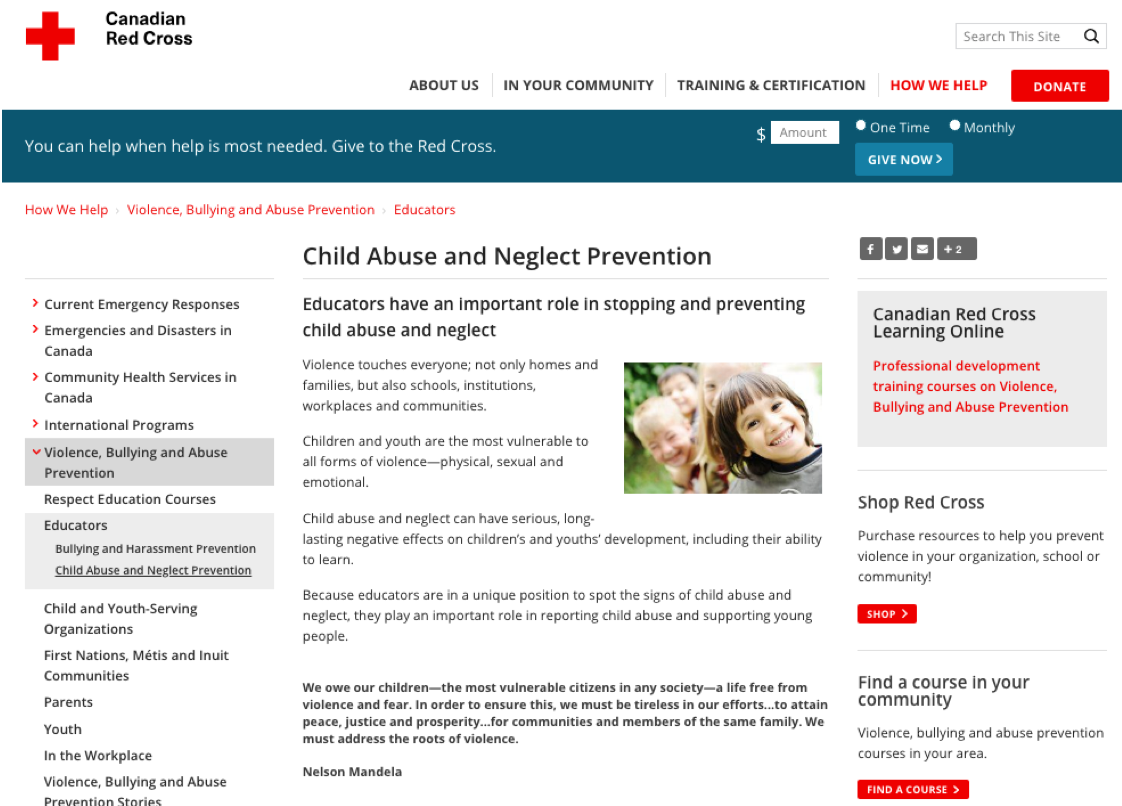 The Canadian Red Cross offers extensive training and information on child abuse, which it defines as “any form of physical, emotional and/or sexual mistreatment or lack of care that causes injury or emotional damage to a child or youth. The misuse of power and/or a breach of trust are part of all types of child abuse.”

Sexual abuse is when a younger or less powerful person is used by an older or more powerful child, youth or adult for sexual gratification. Sexual abuse can be contact or non-contact.

The most common perpetrator of sexual abuse is someone the child or youth knows and trusts.

The best way to help kids avoid sexual abuse is to empower them with the knowledge to recognize the signs of abuse and to get help for themselves or a friend in need.

Children and youth who have experienced sexual abuse may show some behavioral and social changes, such as different eating or sleeping habits, no longer enjoying activities they used to like, becoming more restless and agitated than usual, or becoming more withdrawn than usual.

Victims of sexual abuse often hide their feelings, blame themselves, keep it secret, and rationalize the abuse by telling themselves it was not that bad or it won’t happen again. Some seek attention through aggressive or self-destructive sexual behavior, while others withdraw or try to escape by using drugs or running away. Some victims attempt or commit suicide.