Going to Jail with Jesus 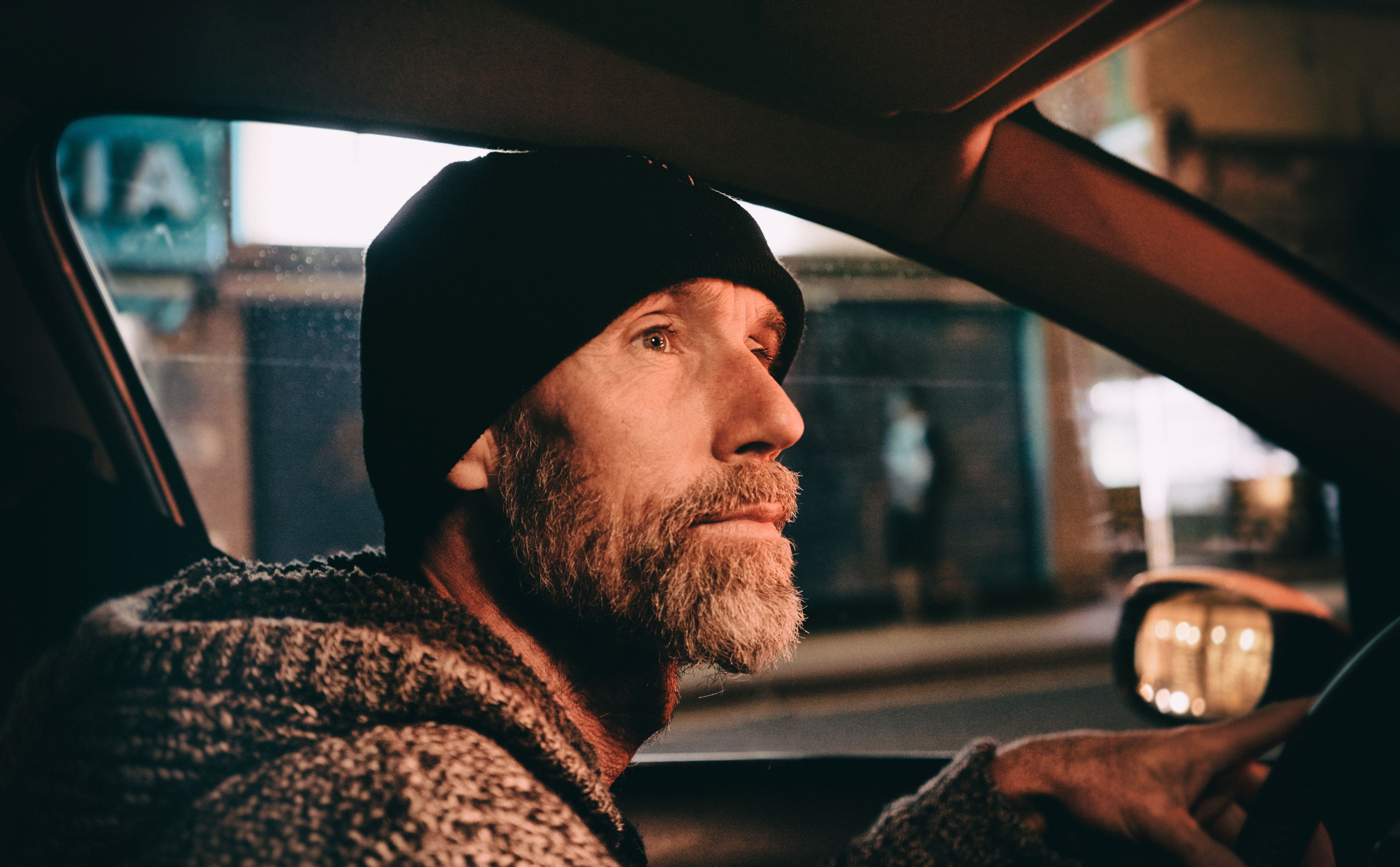 Seth silenced his phone on the third set of chimes. Why do I do this? He had started keeping the ringer on at night since becoming an elder four years earlier. The screen displayed the caller as “unknown,” and the time was 3:04 a.m. “Hello.” He brought the phone under the blankets that covered him.

Seth sat up in bed. “What’s the matter?” He recognized the voice as that of Jay, a close friend and one of the church’s elders.

“I can only talk for three minutes.”

“What did they arrest you for?”

There was a long silence. “You won’t hang up?”

Seth got out of bed and went into an adjoining room. “That’s serious.”

“Who?” Seth asked. His wife joined him in the other room and wrapped her arms around his waist.

“Jay, who did they say you abused?”

Seth locked eyes with his wife. His thoughts went to Emma, Jay’s daughter. She was 12, but acted younger and was known for having imaginary animal friends.

There was no response.

Seth and his wife returned to the bedroom, and he began to dress. “It’s probably nothing,” he told her, “some kind of mixup.”

Seth put on a pullover sweater. The visitor’s center was a cold, miserable place, filled with cold, miserable people. There would be forms to fill out. He would have to wait for visiting hours, get processed, and wait again for Jay to be brought to him. It could take hours. “I’ll try to be back by noon,” he told his wife.

Some day off, he thought as he headed for the door. He put on a heavy coat and wool knit cap. I’ll tell them I’m a minister. He didn’t like being given special treatment, but it would get him through the process faster.

His wife kissed him goodbye, and they held each other for several seconds. As he stepped outside, the wind stung him. Why do I do this? He knew the answer. He did it because it was what Jesus would do. He did it because Jesus had done it for him.

Ice blanketed the car’s windshield. Should’ve brought my gloves. He took a scraper from the trunk. As he worked on the glass, his thoughts went to the section of John 10 on which he had preached the previous Sunday. Jesus said:

Seth had explained to the congregation that the hired worker fled because he didn’t really care about the sheep. They weren’t his sheep, so fleeing was a career decision for him, a matter of cost-benefit analysis. The snarling fangs of the wolf were the cost. His paycheck was the benefit. Since the cost outweighed the benefit, he ran. Jesus, on the other hand, truly cared for His sheep, and so laid down His life for them. “He expects us to do the same,” Seth had told the congregation. “We are to lay down our lives for others.”

He cleared the ice with his hand. “Tend My lambs,”[ii]Seth said aloud, repeating Jesus’ words to Peter after he told Jesus that he loved Him. “Shepherd My sheep.” [iii]

He got into the car and backed down the driveway. Studying his eyes in the rearview mirror, he saw confusion and fear. I’m in over my head on this one.

He had never counseled someone accused of sexual abuse before and didn’t know what he would say to Jay. He needs a professional counselor, not an insurance broker.

Seth put the car in drive and headed down the street. As he traveled, Paul’s words in 2 Corinthians flooded his mind:

Not that we are adequate in ourselves to consider anything as coming from ourselves, but our adequacy is from God, who also made us adequate as servants of a new covenant, not of the letter, but of the Spirit; for the letter kills, but the Spirit gives life.[iv]

He had linked this verse, with a note in the margin of his Bible, to Romans 15:14:

Concerning you, my brethren, I myself also am convinced that you yourselves are full of goodness, filled with all knowledge, and able also to admonish one another.[v]

He reminded himself that the Bible didn’t say anything about an elder, also referred to in the Bible as an overseer, being required to have a degree in counseling. The biblical emphasis was on character and integrity, as Paul explained:

An overseer, then, must be above reproach, the husband of one wife, temperate, prudent, respectable, hospitable, able to teach, not addicted to wine or pugnacious, but gentle, uncontentious, free from the love of money. He must be one who manages his own household well, keeping his children under control with all dignity (but if a man does not know how to manage his own household, how will he take care of the church of God?); and not a new convert, lest he become conceited and fall into the condemnation incurred by the devil. And he must have a good reputation with those outside the church, so that he may not fall into reproach and the snare of the devil.[vi]

Seth knew the requirement that an elder be “able to teach” implied that he should have a broad knowledge of the Bible and its practical use in pastoral work. It had taken him seven years to get to that point. He continued to study the Bible two to three hours a week. To be an effective elder, Seth believed a man had to be a lifelong learner and make use of every opportunity God brought his way for spiritual growth, whether through the meetings of the church, personal discipleship, seminars, conferences, online courses, or Bible school classes. He had made use of all of these. Ongoing personal development, he was convinced, was a necessary part of fulfilling his call “to shepherd the church of God, which He purchased with His own blood.”[vii]

Can such homegrown methods, Seth wondered, qualify a person to do crisis counseling? He drove several minutes, deep in thought, and slowed for a red light. My training isn’t homegrown; it’s heaven-grown. God organized my training. God called me to be an elder. God indwells me. God inspired the Bible. I serve in His church. The car rolled the final 20 feet before stopping just short of the cross-traffic. Doesn’t get any better than that.

The light turned green. As he headed on his way, his thoughts went to his favorite section in the Bible on Christ’s strategy for preparing Christians for ministry:

And He gave some as apostles, and some as prophets, and some as evangelists, and some as pastors and teachers, for the equipping of the saints for the work of service, to the building up of the body of Christ; until we all attain to the unity of the faith, and of the knowledge of the Son of God, to a mature man, to the measure of the stature which belongs to the fullness of Christ.[viii]

As Seth merged onto the expressway, a light snow began to fall. He watched the moth-like flakes fluttering in the headlights as he drove and unbuttoned his coat. What Jay needs now is a friend, someone he can talk to, someone who’ll show him the love of Christ. He needs encouragement. I can do that.

What if he’s guilty? Seth gripped the steering wheel. He banged the dashboard with the side of his fist. For all I know, the guy could be a real jerk, and I just never realized it. He checked the speedometer and saw that he was driving too fast. He took his foot off the accelerator until the car slowed to a safer speed. Help me, Lord, to hear him out and love him whether he is guilty or not.

He drove several miles. What if there’s something wrong with him? I’m not a doctor. A car sped by him. If he needs a doctor, he can call a doctor. It’s not like they can cure everybody, anyway.

Seth’s thoughts went to a report he had read about therapies used to treat convicted pedophiles. According to the report, most were men. And researchers found that recidivism rates were the same, whether these men received therapy or not. What does that tell you? Seth thought to himself. They said it themselves, “There is no cure, so the focus is on protecting children.”[ix]

“That’s not true,” Seth said aloud. “There is a cure. ‘For I am not ashamed of the gospel, for it is the power of God for salvation to everyone who believes.[x] If the Son sets you free, you will be free indeed.[xi] If any man is in Christ, he is a new creature; the old things passed away; behold, new things have come.’”[xii] They don’t teach that in medical school.

Seth’s mind went to the passage in 1 Corinthians, where Paul writes:

Do not be deceived; neither fornicators, nor idolaters, nor adulterers, nor effeminate, nor homosexuals, nor thieves, nor the covetous, nor drunkards, nor revilers, nor swindlers, shall inherit the kingdom of God. And such were some of you; but you were washed, but you were sanctified, but you were justified in the name of the Lord Jesus Christ, and in the Spirit of our God.[xiii]

Christ did the same for me, Seth thought. He now commands me to tell others. He promises, “Surely I am with you always, to the very end of the age.”[xiv] Seth glanced at the seat beside him. “Thanks, Lord.” He checked his eyes again in the mirror, and a smile formed. “We can do this.”