Author: Universal Studios
Source: Personal Contributor
Type: Video
Date Added: November 15, 2019
Spotlight is a docudrama about the Boston Globe’s Pulitzer Prize winning investigation into sexual abuse in the Catholic Church that began in 2001. The series of articles released by the paper resulted in the exposure of child sexual abuse by clergy worldwide and the criminal prosecution of tens of thousands of priests.
Read More from: Universal StudiosREturn to Resources
-- preview of linked content -- 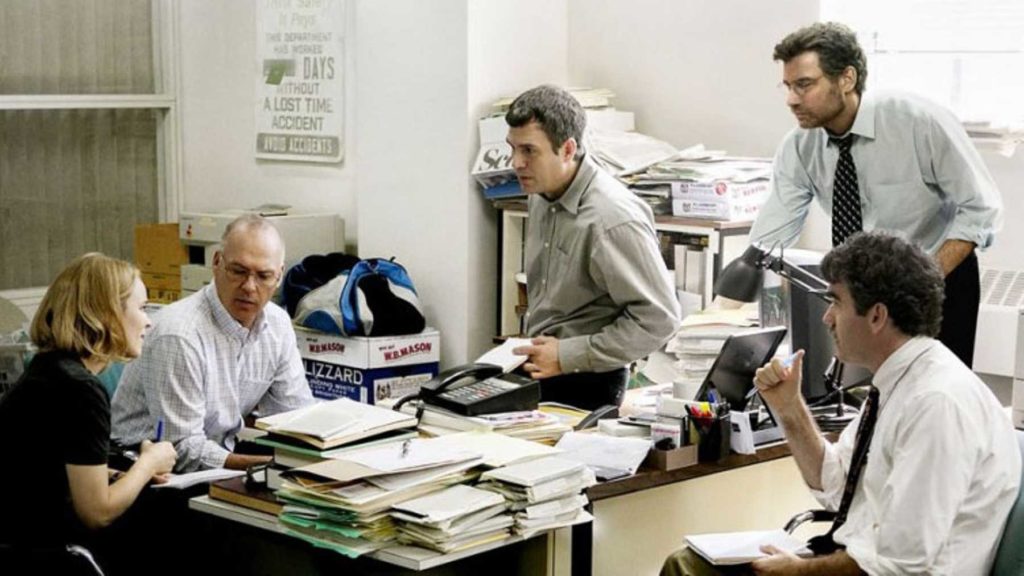 To better understand the insidious nature of child abuse and why church leaders need to instruct parents how to safeguard their children, be vigilant in an age of widespread abuse, and be prepared to act, we suggest that elders view and discuss together this film about the the sexual abuse of children. They refer to the sexual abuse of children by Roman Catholic clergy and its coverup by the Catholic Church, but both films have direct application for our churches as well.

The film is titled Spotlight. It is a docudrama about the Boston Globe’s Pulitzer Prize winning investigation into sexual abuse in the Catholic Church that began in 2001. The series of articles released by the paper resulted in the exposure of child sexual abuse by clergy worldwide and the criminal prosecution of tens of thousands of priests.

Spotlight contains explicit verbal references to sexual acts, vulgar language, and the taking of the Lord’s name in vain. We do not recommend this film for Christian entertainment or viewing by children, but for viewing by mature Christians seeking to better understand how sexual abuse harms children and spreads like a cancer when religious leaders don’t believe victims and turn a blind eye toward the crime.

-- End of preview – Click to learn more --
Read More from: Universal StudiosREturn to Resources
{The content you see above is a selection from or a summary of a resource we have found beneficial in the fight against child abuse. The thoughts, opinions, and perspectives found here belong to the authors of the content and do not necessarily reflect the opinions of Protect His Sheep.}